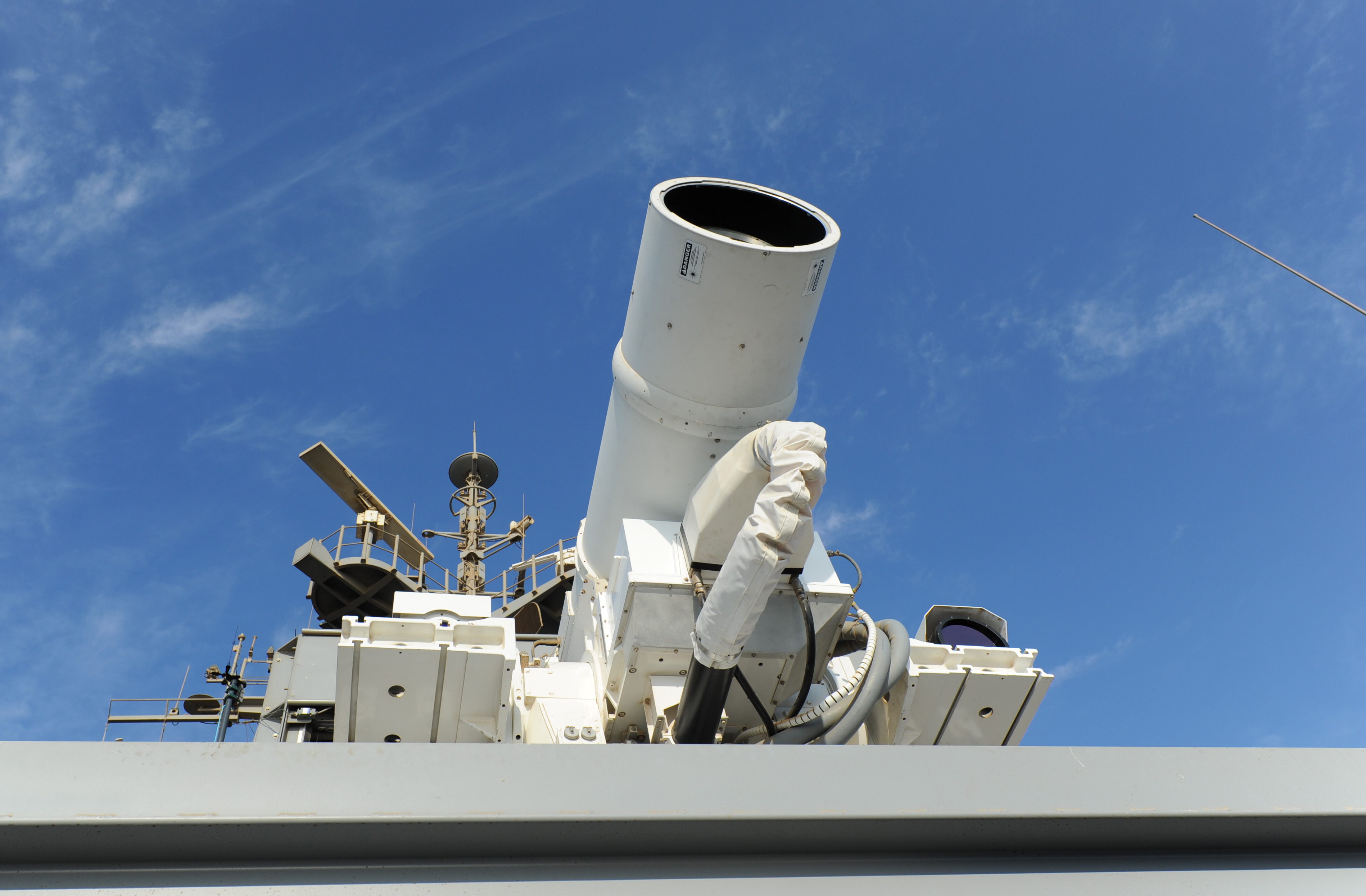 2015-01-12  During our last interview with the then head of the Military Sealift Command, Admiral Buzby, the reinvention of the Ponce was a focus of attention.

In an article published on April 12, 2012 we highlighted the importance of the reinvention.

The USS Ponce (LPD-15) was launched on 20 May 1970. It was last in action off of the coast of Libya and was a member of the ARG-MEU, which was part of the transformation evident in the air operations off the shores of Tripoli.

She faced the end of her service life and came home to await decommissiong on 30 March 2012.  Indeed, the process was started and about 20% of the process completed, when Sec Def Panetta decided on another course of action.

In response to demands from the Middle East associated with Iranian threats to place mines in the Gulf of Hormuz, the Ponce was to find a new role.

Its fountain of youth was the Military Sealift Command.

On 24 January 2012, the Military Sealift Command posted a bid request to retrofit the USS Ponce to make it a “mothership” for helos and smaller high-speed boats.  By mid-April 2012, the Ponce was being prepared for its new role.

If anything was needed to demonstrate the ability of the MSC to contract effectively and to support the USN-USMC team’s global mission, this performance certainly was it. The mother ship will perform a “lilypad” role for the MH-53 helicopters in a mine-clearance role, as well as for other assets.

In a comprehensive interview with Second Line of Defense on April 13, 2012, Rear Admiral Mark Buzby, Commander of the MSC, underscored the performance of MSC to meet the USN-USMC needs.

Admiral Harvey, Commander Fleet Forces Command, asked Admiral Buzby: “Can your mariners operate the Ponce as an afloat operating base?”

And Admiral Buzby commented: “Although we don’t have a forward operating base in MSC, operating a steam ship which has a flight deck, which has a well deck we can operate that.  And under the authorities which I have in MSC, I can refurbish the ship as well.  I can do that very quickly for you.  I can give you high value for the dollar.  I can deliver that capability quickly. And my mariners along with USN personnel can execute the mission.  I can probably give you that capability faster than anyone else.

In November 2014, the systems aboard the USS Ponce were tested at sea.

A prototype 30 kW-class solid-state laser (SSL) weapon system developed under the leadership of the Naval Sea Systems Command (NAVSEA), the LaWS integrates six commercial 5.4 kW fibre lasers with a beam combiner originated by the Naval Research Laboratory. To reduce costs, the program has re-used some hardware previously developed or procured for other research applications, including: a L-3 Brashear KINETO K433 tracking mount; a 500 mm telescope; and high-performance infrared sensors.

Testing on Dewey gave the USN the confidence to move ahead with an accelerated deployment plan. Plans to install LaWS – given the nomenclature AN/SEQ-3 (XN-1) – on board Ponce were announced by Chief of Naval Operations Admiral Jonathan Greenert in April 2013. AN/SEQ-3 is being deployed as an SSL-Quick Reaction Capability (SSL-QRC) to enable the USN to evaluate the technology in an operational environment and examine its contribution to self-defense against armed fast boats and UAVs. Experimentation is being led by the US Naval Warfare Development Command in co-operation with US Naval Forces Central Command/Fifth Fleet.

The SSL-QRC evaluation on Ponce is expected to last for a period of 12 months. The ship, based in Bahrain and assigned of the US 5th Fleet, received the LaWS installation in late August and has subsequently conducted at-sea tests. The LaWS system has been fitted on the deck atop of Ponce ‘s bridge, with the beam director housed inside a shuttered deck house that opens and retracts prior to operations.

Data gathered from the LaWS at-sea demonstration will feed into the Office of Naval Research’s (ONR’s) SSL-Technology Maturation (SSL-TM) program. Established in 2012, a key goal of the SSL-TM program is to align science and technology program thresholds and objectives with future research, development, and acquisition requirements.

The SSL-QRC on Ponce represents a first step towards the USN’s long-term goal of deploying high-energy laser (HEL) weapons across its surface fleet as an adjunct to existing hard-kill weapons. In particular, the service is attracted by the low cost-per-shot capability to defeat a subset of inexpensive ‘asymmetric’ targets such as small UAVs and fast inshore attack craft.

And according to a story by Jon Harper published in Stars and Stripes on December 11, 2014, the system is already in play to support maritime self-defense.

Sailors have been authorized to use a cutting-edge laser weapon in self-defense, Navy officials said Wednesday.

The Laser Weapon System, or LaWS, has been onboard the USS Ponce in the Persian Gulf since September. During the past few months, the Navy has been testing it in an operational environment for the first time to see how it performs in real-world conditions, attacking small surface vessels and unmanned aerial vehicles similar to those that could pose a threat to American ships in the region.

The system has gone after mock targets both mobile and stationary.

“This is the first time in recorded history that a directed energy weapon system has ever deployed on anything,” Rear Adm. Matthew Klunder, the chief of naval research, told reporters at the Pentagon.

For the remainder of the laser’s yearlong deployment, sailors will continue experimenting with the system and learning new tactics that could be used in future combat.

Earlier this week, the Navy posted a YouTube video showing the laser in action.

“It’s working even beyond our expectations,” Klunder said.

The system is performing so well in fact that U.S. military leaders have given the captain of the Ponce permission to use it if the ship is threatened, according to Klunder.

Pentagon officials are concerned that Iran or a terrorist group could use drones or small attack boats against American naval vessels.

“If we have to defend that ship today, we will destroy a threat if it comes inbound … And we have the [rules of engagement] to support that,” Klunder said.

He didn’t lay out the rules of engagement, but did note that the Navy won’t target individuals with the laser because doing so would violate the Geneva Conventions. However, laser operators are allowed to kill people by destroying threatening ships or aircraft.

“We haven’t actually engaged a threat [yet],” Klunder said, “but the reality is, it’s ready.

The slideshow shows key elements of the laser system aboard the USS Ponce for the test and is credited to Navy Media Content Services (11/16/14).

The Afloat Forward Staging Base (Interim) USS Ponce (ASB(I) 15) conducts an operational demonstration of the Office of Naval Research (ONR)-sponsored Laser Weapon System (LaWS) while deployed to the Arabian Gulf.