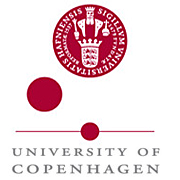 2016-05-17 Recently, Denmark selected the F-35 as their next combat aircraft in an open competition with Eurofighter and Super Hornet.

Not only did they select the F-35, they have released public information with regard to that selection process and how they reached their decision.

In the Question and Answer session held last week after Eurofighter testified in front the defence committee of the Danish parliament, the Eurofighter representative was asked directly:

“Did you consider the government’s evaluation of the mission or military aspects of the competition biased in any way towards F-35?”

The answer was a clear no.

This provides an opportunity for Canada to leverage the Danish work, and to have the Danish government directly brief the Canadian government.

They can do this about their overall assessment effort, the tools used for evaluation as well as to answer a key question: How did an open competition benefit Denmark?

The Danes are an Arctic power like Canada and are looking directly at the 2:00 defense challenge facing North America.

Not only did Denmark take a step forward in their own defense but they have provided a key building block for the defense of the North Sea and North American partners of Denmark.

The Danish MoD and the Danish Air Force are a serious professional force and their discussion and evaluations have meaning beyond their own decision.

In the words of the report entitled “Type Selection of Denmark’s New Fighter Aircraft,” the focus of the process of evaluation was as follows:

In order to provide the best possible basis for a political decision on the fighter aircraft type selection, the three candidates have been evaluated within four specific areas:

Strategic aspects: the ability of the candidates to support or fulfil overarching Danish defence and security policy objectives, including the potential for cooperation with other countries.

Military aspects: the ability of the candidates to successfully conduct fighter missions (mission effectiveness), the candidates’ survivability, opportunities for keeping the aircraft operational and technically relevant within its expected lifespan (future development) as well as the risks associated with each candidate that cannot be economically quantified (candidate risk).

Economic aspects: the estimated life cycle costs of the candidates, including costs associated with procurement, ongoing operations and sustainment as well as quantifiable risks.

Industrial aspects: the ability of the candidates to support significant Danish security interests through industrial cooperation with the Danish defence industry.

The final evaluation results for the three aircraft evaluated, namely F-35, Eurofighter and Super Hornet were as follows:

According to Gary Schaub, Jr., who along with Air Vice Marshal (Retired) John Blackburn of the Williams Foundation, co-hosted a April 2015 airpower seminar on behalf of the Centre for Military Studies at the University of Copenhagen in Copenhagen:

The Ministry of Defence’s evaluation of the 3 candidate aircraft will send shockwaves through the military aviation market.

After careful consideration in an externally validated process, it concluded that the F-35A Joint Strike Fighter dominated the F/A-18 Super Hornet and the Eurofighter Typhoon in all four categories that were considered: military performance, acquisition and life-cycle costs, industrial benefits, and strategic considerations—primarily the “ability … to support or fulfill Danish defence and security policy objectives, including potential cooperation with other countries.”

This is shocking, especially regarding costs.

It has been long assumed that the F-35 was more expensive that its competitors, but the Danes’ evaluation concluded that its 8,000 flight hour lifespan gave it a significant advantage over the 6,000 hours indicated by Boeing for the F/A-18 and Eurofighter for the Typhoon.

So did the relative size of the F-35 fleet, the efficiencies promised in its autonomic logistics information system (ALIS), and the Dane’s conclusion that a fleet of 28 F-35s could perform national tasks to the same degree as 34 Typhoons or 38 F/A-18s.

What has been somewhat forgotten in the debate is that the F-35 project in many ways resembles the F-16 project as we are in it with most of the same countries that we shared development, spares, weaponry and mid-life update programs with for 40 years now.

In addition, the UK, which Denmark has had very close ties with in Iraq and Afghanistan for almost 15 years, is fully in the project and the RAF — which Denmark has not shared combat aircraft types with since the Hawker Hunter — will be an important partner.

One could add that Canada as well can link up with the UK, Norway, Denmark and the Dutch within a regional oriented F-35 coalition in shaping more effective defense capabilities and approaches to the extended perimeter for Canadian defense as well.

And a reworking of NORAD to shape integrated maritime and air defense of North America, which has been proposed by Admiral Gortney, the recently retired head of NORAD/NORTHCOM, will surely benefit from the acquisition of plane centrally placed for air and maritime integration as well.

As Ed Timperlake, who presented at the Danish Airpower Symposium in April 2015, adds a final comment:

The Danes in addition to focusing on the strategic survival of their citizens in the  current “Tron” War with Russia, which could go nuc hot with missiles, made a key contribution to North American defense as well.

The consequences for America and Canada in the selection of F-35 is the Danes have added a significant contribution to the “2 O’Clock” KIll Web to help defend North America as well.

It is not difficult to find Greenland, a Danish defense responsibility, in the 2:00 area.

Editor’s Note: Our partner, the Centre for Military Studies of the University of Copenhagen, is holding a session to look at how Canada can leverage the Danish decision and effort.

6 Packs and Fighter Aircraft: Canada, the F-35, and Lessons for Denmark

“Canada and Denmark have a lot in common.

Canada uses its military to participate in a limited, yet effective and internationally appreciated manner in overseas military engagements as a stalwart Western ally without endangering the economy and social programs.

Its aging F-18 fighter aircraft were to be replaced by the F-35, but newly-elected Prime Minister Justin Trudeau chose to reopen the decision process and delay the purchase.

What lessons can Denmark learn from Canada’s use of fighter aircraft and its decision processes?

Christian Leuprecht is an associate professor of political science at the Royal Military College of Canada and cross-appointed to the Department of Political Studies and the School of Policy Studies at Queen’s University.

He has been a visiting professor at the University of Augsburg in Germany (2011), the Swedish National Defence College (recurring) and the European Academy (recurring), the Bicentennial Visiting Associate Professor in Canadian Studies at Yale University (2009–2010), and is a research fellow at the Austrian Institute for European and Security Policy (since 2010), the Solomon Asch Center for Study of Ethnopolitical Conflict at the University of Pennsylvania and Bryn Mawr College (2003), the World Population Program at the International Institute for Advanced Systems Analysis in Vienna, Austria (2002), and held doctoral (2001–2003) and postdoctoral (2003–2005) fellowships from the Social Sciences and Humanities Research Council of Canada.

For more information on the role of combat aircraft in Canada’s “easy rider” expeditionary defense strategy. Click here.
Participation is free, but registration is required. Register here.”
Our Partners
Our Sponsors
Feature Your Company Here »
Whitepapers
View All »
Feature Your Technology Here »
Products