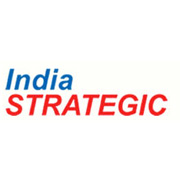 New Delhi. India has joined the Hague Code of Conduct (HCOC) against ballistic missile proliferation becoming the 138th country to sign it.

The HCOC is intended to supplement the Missile Technology Control Regime (MTCR), and for India, this is a step forward towards its acceptance in this Regime.

Vikas Swarup, spokesman of the Indian Ministry of External Affairs, said in reply to a question from this writer June 2 that India is likely to be accepted into the MTCR “very soon,” and that all “procedures” were “well on track.”

India had officially applied in June 2015 to join the MTCR, three years after it expressed intent to join the very same denial regimes that were set up by Washington against New Delhi following its 1974 and 1998 nuclear tests.

The HCOC does not call for the destruction of any missiles. It is simply an agreement between States on how they should “conduct” their trade in missiles. It is not legally binding, and its membership is open to all the countries in the world.

The 15th representative meeting of HCOC member states is being held on June 2 and 3 in France, where India’s signatures on the Code have been acknowledged. An Indian representative appended the signatures at HCOC’s headquarters in Vienna June 1.

The HCOC was formally brought into effect on November 25, 2002, at a launching conference hosted by the Netherlands in The Hague. The US participated in the conference, and is one of 93 original subscribing states to the HCOC, formerly known as the International Code of Conduct against ballistic missile proliferation. As of July 2014, 137 countries have subscribed to the HCOC. India is the 138th member now.

Notably, shortly after the Indian announcement, the State Department in Washington DC issued a statement welcoming the Indian step, pointing out that “India’s subscription reinforces its support for international missile nonproliferation and will help increase transparency and strengthen security.”

The statement noted: The HCOC is a voluntary mechanism that has built a broad international predisposition against ballistic missile proliferation and promotes transparency and confidence building, including through the Subscribing States’ commitment to submit pre-launch notifications and annual declarations of their relevant policies.

The HCOC is aimed at bolstering efforts to curb ballistic missile proliferation worldwide and to further delegitimise such proliferation.

The HCOC consists of a set of general principles, modest commitments, and limited confidence-building measures. It is intended to supplement, not supplant, the Missile Technology Control Regime (MTCR), and is administered collectively by all subscribing states.

India has an impressive track record in non-proliferation of nuclear and missile technologies, even though it has not signed any of the denial regimes. Thanks to this, the US, France and many other countries are supporting its bid to enter the MTCR, Nuclear Suppliers Group (NSG) and two other regimes, the Australia Group (AG) and Wassenaar Arrangement (WA).

This article has been republished with the permission of our partner India Strategic.

Editor’s Note: Indian membership in the MTCR is important in part to allow for Indian imports of armed UAVs.

MTCR controls exports of goods and technologies for rockets and unmanned aerial vehicles (UAVs) capable of delivering a payload of at least 500 kg to a range of at least 300 km, and on equipment, software, and technology for such systems. Being a non-signatory to MTCR means that the US or any other MTCR member country cannot export a modern armed UAV to India. –

As Sushant Singh noted in an article published in The Indian Express on May 27, 2016:

The Supreme Court on Thursday allowed Italian marine Salvatore Girone to return to his country after the central government supported his plea on “humanitarian grounds”.

This is quite a turn-around from the BJP as it had strongly opposed the release of Girone and the other Italian marine, Massimiliano Latorre accused of killing two fishermen from Kerala in 2012.

While the official reason proffered is “on humanitarian grounds”, the underlying reason has more to do with Italy’s blocking of India’s entry into the Missile Technology Control Regime (MTCR).

Even though the issue of Italian marines was never raised, diplomatic sources had confirmed that it was the sub-text of the Italian veto.