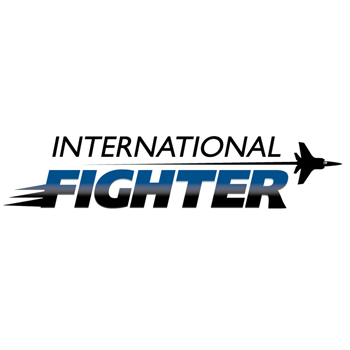 The next International Fighter Conference will be held in Berlin, Germany.From November 13-15 2018.

Given how important airpower was to the deterrence of the Soviets and the history as well of what airpower did to preserve Germany freedom in a divided Berlin, this is logical place to debate the way ahead for airpower.

As Ben McClatchie, one of the organizers of the conference has put it:

2018 is, in short, an important moment for the global airpower community. NATO’s Joint Air Power Strategy – which focuses on the need to exploit time, control tempo and maintain information dominance as core enablers of air power – is under pressure from an operating environment which grows ever- more contested.

Leveraging the data fusion capabilities of the modern fighter platform and delivering effect within and across air, cyber, space and the electromagnetic spectrum presents an awesome challenge for the Alliance in a time where our adversaries are deploying highly sophisticated anti-air technologies.

If combat air systems are to fight and win, we must find ways to sustain access to mission critical information, and to identify new advanced capabilities which can compete in the high-end fight.

In spite of this very clear challenge, there remains a worrying lack of consensus as to what the future capability balance should look like.

The need to develop readiness for the high-end fight whilst meeting the demands of close air support on current operations has challenged conventional definitions of the multi-role fighter.

Should future acquisitions be split more definitively, perhaps by developing a light attack fighter which can carry out decisive air-ground operations in the permissive environment.

Should the peer-threat, meanwhile, be met with combat air systems which prioritise lethality over stealth, or which can deploy unmanned to sustain an acceptable level of risk?

The strategic shift from the land wars to dealing with the challenge posed by peer competitors is a significant one for NATO, the US and European militaries.

It is both a challenge and a work in progress.

The conference will provide a good opportunity for both participants and attendees to immerse themselves in a spirited discussion of the nature of the threats and challenges as well as the adaptation of NATO forces to the new strategic environment.

In addition to addressing the evolution of allied airpower against the dynamics of change presented by peer competitors, the conference will also address ways to engage and assist in counter-insurgency operations with light attack aircraft.

This is a key compliment to putting investments into the core equipment and training need to fight and win conflicts with peer competitors.

Light attack aircraft provide an opportunity to work with allies and partners in contested regions where aide and support is a key requirement.

In short, the Berlin Conference will provide an opportunity to consider the spectrum of capability which NATO Air Forces need to possess, evolve and develop to deal with core challenges, both within Europe and outside of Europe.

Second Line of Defense and Defense.info are proud to be media partners of the International Fighter Conference and we will be reporting from the Conference in November.