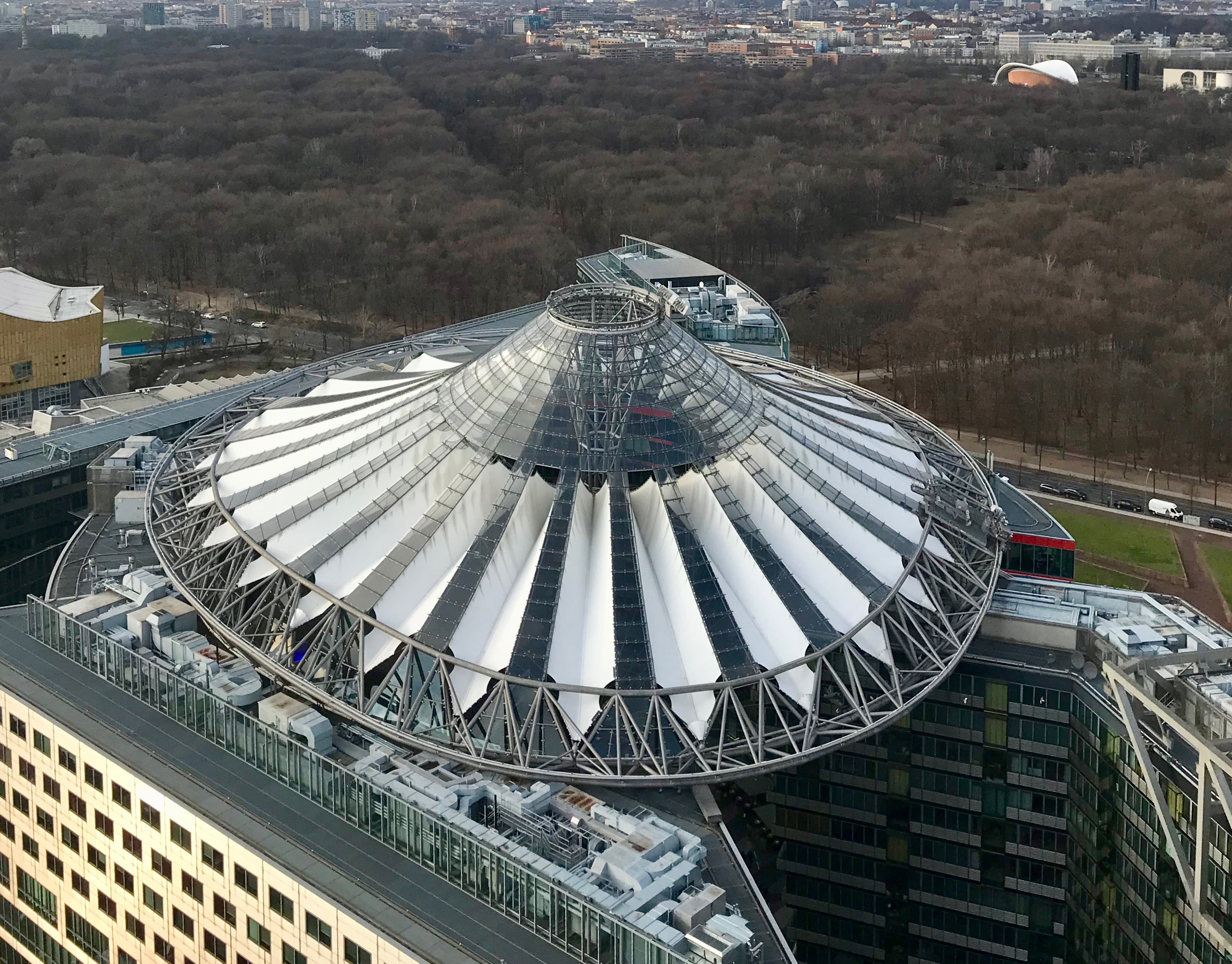 When visiting Berlin over the years, the dramatic change in Germany and in Europe is physically notable,

The Potsdamer Platz in Berlin went from being part of the demarcation point between East and West Berlin, and then the breaching point between the two parts of the divided city inn 1989. It then  to became the largest building site in Europe in the newly reunified Germany  to what it is today — a modern city square. 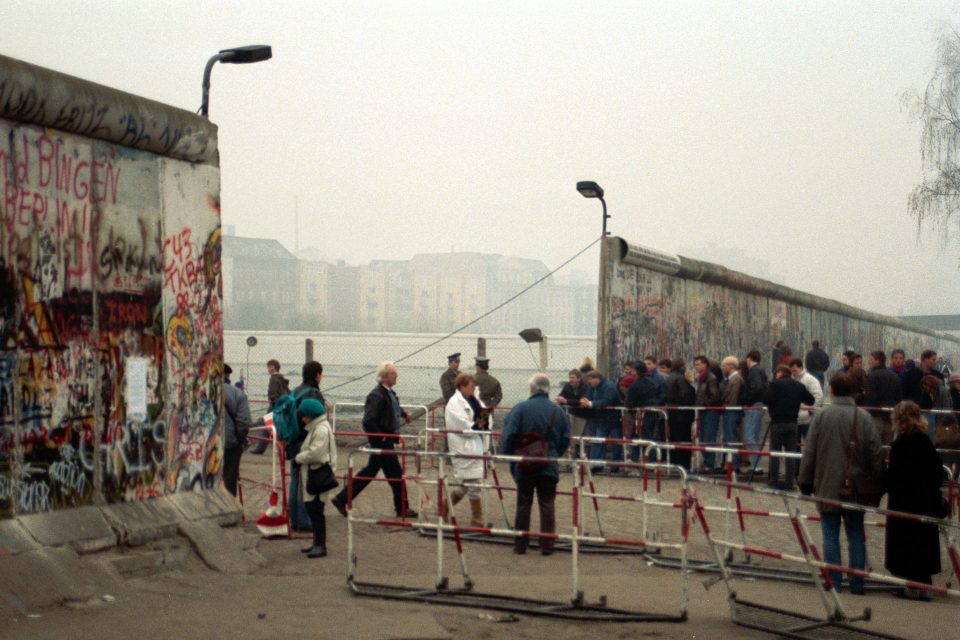 That evolution marks the removal of the Soviet Union from Germany and the opening of two decades of peace.

The challenge for Germany now is that the Russian challenge is no longer in the center of Berlin or on the inner-German border, and further away.

The direct defense of Europe has returned but now it is not an intra-German affair but a question of Germany’s role as Europe’s largest country and economy in playing an anchor role in the forward defense of Europe.

At best, this is a work in progress.

A short history of the square is provided in Wikipedia and the slideshow above and text below are credited to Wikipedia.

Potsdamer Platz is an important public square and traffic intersection in the centre of Berlin, Germany, lying about 1 km (1,100 yd) south of the Brandenburg Gate and the Reichstag (German Parliament Building), and close to the southeast corner of the Tiergarten park.

It is named after the city of Potsdam, some 25 km (16 mi) to the south west, and marks the point where the old road from Potsdam passed through the city wall of Berlin at the Potsdam Gate.

After developing within the space of little over a century from an intersection of rural thoroughfares into the most bustling traffic intersection in Europe, it was totally laid to waste during World War II and then left desolate during the Cold War era when the Berlin Wall bisected its former location.

Since German reunification, Potsdamer Platz has been the site of major redevelopment projects…..

After the initial opening of the Berlin Wall on 9 November 1989, Potsdamer Platz became one of the earliest locations where the Wall was “breached” to create a new border crossingbetween East and West Berlin.

The crossing began operating on 11 November 1989, earlier than the iconic Brandenburg Gate crossing which opened more than a month later.

The crossing required the dismantling of both the inner and outer walls and the clearance of the death zone or no man’s land between the two. A temporary road, lined with barriers, was created across this zone and checkpoints were set up just inside East German territory.

Proper dismantling of the entire wall began on 15 May 1990 and all border checks were abolished on 1 July 1990 as East Germany joined West Germany in a currency union.

After 1990, the square became the focus of attention again, as a large (some 60 hectares), attractive location which had suddenly become available in the centre of a major European city.

It was widely seen as one of the hottest, most exciting building sites in Europe, and the subject of much debate amongst architects and planners.

If Berlin needed to re-establish itself on the world stage, then Potsdamer Platz was one of the key areas where the city had an opportunity to express itself.

More than just a building site, Potsdamer Platz was a statement of intent.

In particular, due to its location straddling the erstwhile border between east and west, it was widely perceived as a “linking element,” reconnecting the two halves of the city in a way that was symbolic as well as physical, helping to heal the historical wounds by providing an exciting new mecca attracting Berliners from both sides of the former divide. Whether fairly or unfairly, a great deal was riding on the project, and expectations were high.

The Berlin Senate (city government) organised a design competition for the redevelopment of Potsdamer Platz and much of the surrounding area.

Eventually attracting 17 entrants, a winning design was announced in October 1991, that from the Munich-based architectural firm of Hilmer & Sattler. They had to fight off some stiff competition though, including a last-minute entry by British architect Richard Rogers.

The Berlin Senate then chose to divide the area into four parts, each to be sold to a commercial investor, who then planned new construction according to Hilmer & Sattler’s masterplan.

During the building phase Potsdamer Platz was the largest building site in Europe.

While the resulting development is impressive in its scale and confidence, the quality of its architecture has been praised and criticised in almost equal measure.

The first photo in the slideshow shows Potsdamer Platz seen through barbed wire in 1963.

The second photo shows an empty Potsdamer Platz in 1977.

The third photo shows the line on the ground marking where the Wall used to stand, on the edge of Potzdamer Platz (2015).

The fourth photo shows the Potsdamer Platz crossing, seen here from the west into East Berlin, opened days after the first breach of the Berlin Wall in November 1989.

And views from the Panoramapunkt provide striking perspectives of the Potsdamer Platz as well.

It is a dramatic shift from the wasteland created by the Berlin Wall to the new Berlin.

With the fastest elevator in Europe, you’ll be up on the viewing platform on the 25th floor before you know it. In just 20 seconds, you’re 100 metres above Potsdamer Platz. The Panoramapunkt is at the top of the Kollhoff Tower. The TV Tower at Alexanderplatz, the Berlin Cathedral on Museum Islandor the Bundeskanzleramt and the Gedächtniskirche – there is (almost) nothing you can’t see from up here.

The building with the brick façade was completed in 1999 and is part of the Quartier Potsdamer Platz. Its famous neighbours include the DB Tower and the Sony Center – both of which can be seen from the viewing platform. On the 24th and 25th floors of the Kollhoff Towers you will find the viewing platform, a panorama café with an open-air terrace sunroof and an exhibition.

Here is one view, of what the new Berlin looks like from this vantage point. The featured photo shows the Sony building seen from this vantage point as well.