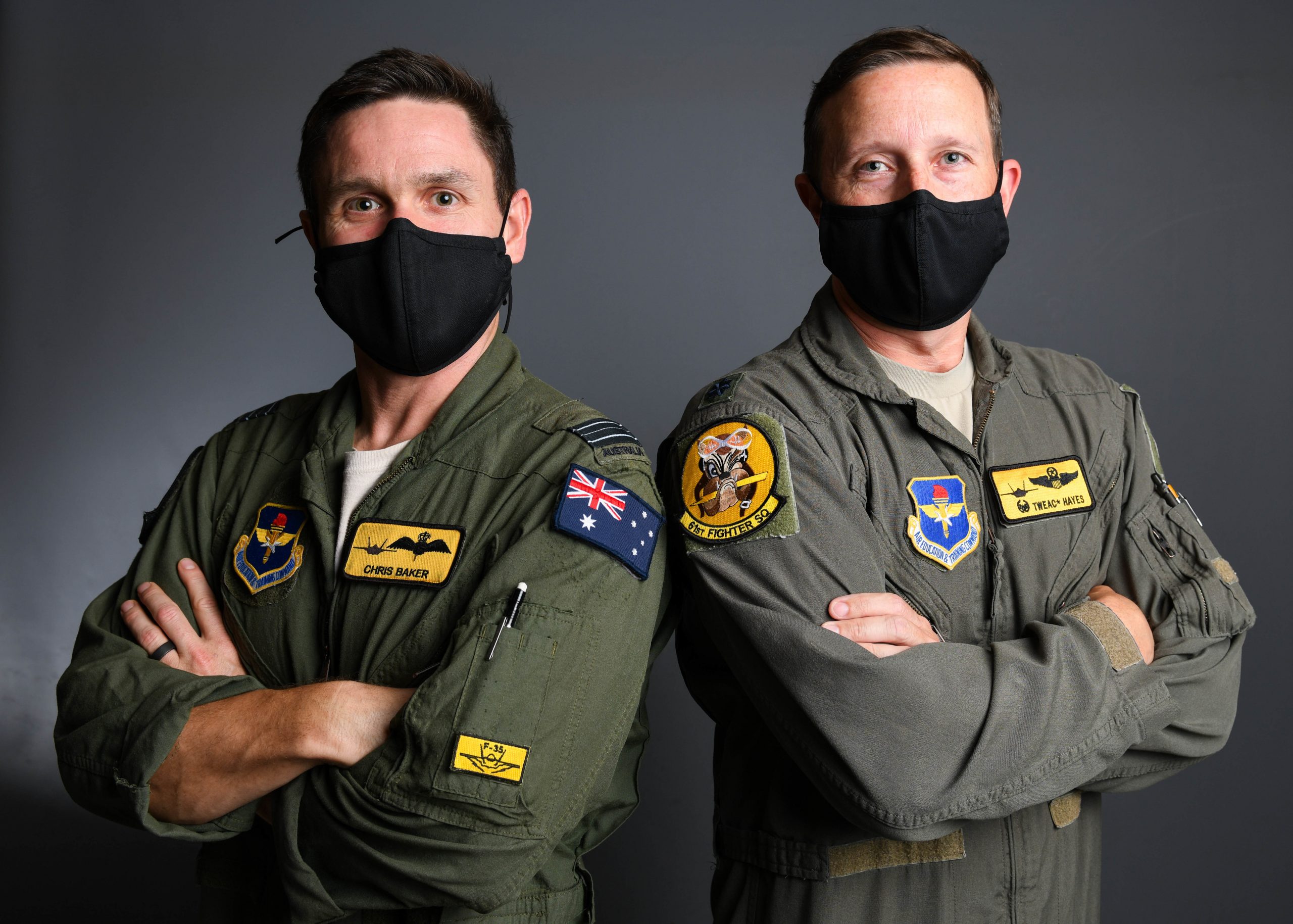 The Royal Australian Air Force returned a majority of its F-35A Lightning II pilots, maintainers and aircraft to RAAF Base Williamtown, Australia, in December 2019, but still maintains a joint pilot-training and maintenance presence at Luke AFB.

RAAF Maj. Christopher Baker, 61st Fighter Squadron instructor pilot and graduate of the F-35A pilot training program at Luke AFB, attests to the importance of the training partnership between the U.S. Air Force and the RAAF. He explained it is extremely rewarding to reinvest and train both nationalities in the same aircraft with the same tactics.

“I feel like we contribute something to the U.S. Air Force training mission by bringing our own unique perspectives, configuration, roles and environments to the mission, just like the U.S. Air Force mission brings that to us as well,” Baker said. “I think that’s what’s really useful about it being combined.”

According to U.S. Air Force Lt. Col. Tom Hayes, 61st FS commander, three components enable the successful integration of the RAAF and the U.S. Air Force: the platform, common tactics and the objective of training the world’s most capable fighter pilots.

“Other than the way the aircraft is painted, they’re all exactly the same, so we have that common platform of flying the F-35,” Hayes said. “The common tactic is sharing the same training strategies between the RAAF and the U.S. Air Force.”

Baker said the COVID-19 delayed some of the RAAF student pilot training but the student pilots are determined to complete their requirements swiftly and efficiently.

“I am continually amazed at how the students learn so quickly,” Baker said. “They come in the door knowing very little or nothing about the F-35 and four or five months later, they’re flying high-end large force-employment exercise missions with multiple aircraft involved in a dense surface-to-air missile threat scenario.”

The chances of the RAAF and the U.S. Air Force working together in a deployed environment is very likely according to Baker.

“Our mission, which aligns with the 61st mission, is to train the world’s most capable fighter pilots,” Baker said. “For Australia, we train pilots and maintainers here at Luke (AFB). We will continue beyond the end of 2020 to use Luke (AFB) as a staging ground for jet deliveries to be brought back to Australia.”

The maintenance training concluded in early 2020 due to COVID-19, although pilot training will continue to December 2020.

Baker explained that the RAAF established one operational and one training F-35A squadron at RAAF Base Williamtown and plans to establish another operational squadron in January 2021. As of October 2020, five RAAF F-35s are assigned to the 61st FS. The first F-35 was delivered to RAAF Base Williamtown in 2018 and the 30th F-35 is scheduled to return to Australia by December 2020. Seventy-two F-35s are ordered and the last one is projected to be delivered to Australia by 2024.

Baker said the RAAF is aiming to declare Initial Operational Capability – when a capability achieves its minimum threshold to support operations – by December 2020, ahead of the timeline. The RAAF’s first B-course for student pilot training is scheduled to launch in January 2021 and will be taught by instructor pilots who trained at Luke AFB.

In 2019, 34 fighter pilots were assigned to the 61st Fighter Squadron and 17 were RAAF pilots. As of October 2020, there are five RAAF instructor pilots, seven student pilots and two maintainers who continue to execute the joint training partnership mission.

Hayes says that Luke AFB will continue to maintain an alliance with the RAAF in the future through exchange programs.

“To be able to keep those formal connections, we’re heavily looking into exchange programs where we’re actively trying to get one of our pilots to get an exchange assignment at RAAF Base Williamtown,” Hayes said. “They would serve over there for two or three years, just like we have exchange assignments with other partners. The Air Force Personnel Center is actively seeking applications to send.”

“It’s more than we just wear the same patches,” Hayes said. “There’s a deeper meaning to what this partnership does here at Luke (AFB) and it has strategic level implications.”

The featured photo: Royal Australian Air Force Maj. Christopher Baker, 61st Fighter Squadron instructor pilot, and U.S. Air Force Lt. Col. Tom Hayes, 61st FS commander, pose for a photo Sept. 9, 2020, at Luke Air Force Base, Ariz. The U.S. Air Force has been strengthening alliances and partnerships by training F-35A Lightning II fighter pilots alongside the RAAF since 2014. All RAAF personnel are scheduled to return to RAAF Base Williamtown, Australia, by December 2020. The first B-course for the student pilots at RAAF Base Williamtown is projected to launch in January 2021 and will be taught by instructor pilots that trained at Luke AFB. (U.S. Air Force photo by Airman 1st Class Brooke Moeder)