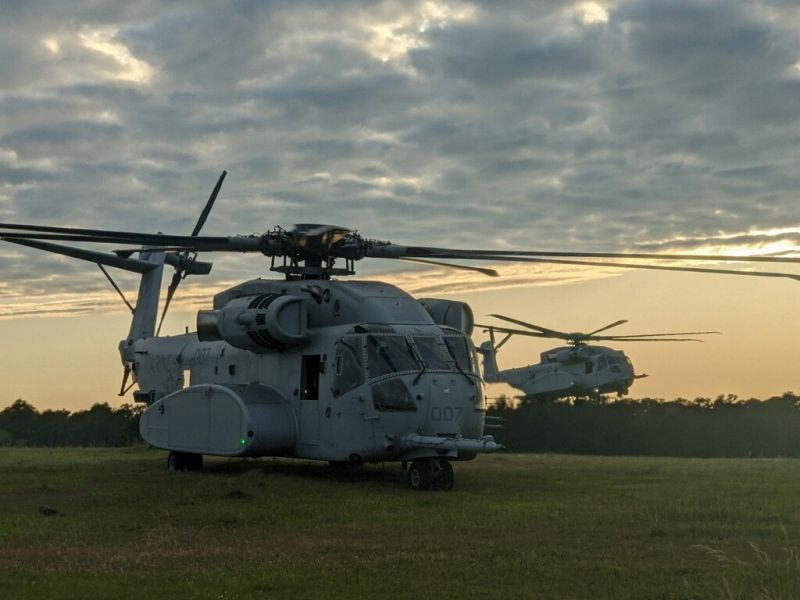 VMX-1 at New River is preparing the CH-53K for its entry into service.

The CH-53K will replace the CH-53E “Super Stallion,” which has served the Marine Corps for 40 years, and will transport Marines, heavy equipment and supplies during ship-to-shore movement in support of amphibious assault and subsequent operations ashore.

Last December, there was a chance to visit New River and to talk with VMX-1 about the way ahead for the path to IOC for the CH-53K.

In an interview with Lt. Col. Frank, officer in charge of the CH-53K Operational Test Detachment at VMX-1, the officer underscored:

“It is crucial to have a CH-53 fleet that works effectively as it is a unique capability in the USMC crucial for our way ahead operationally. It is the only aircraft we have that can move an expeditionary brigade off of our amphibious ships.”

He underscored as well that the aircraft is well along the path to IOC.

“We’ve had a lot of time with the aircraft. Our Marines have been working on it for two years now. During logistics demonstration, we took the publications, which were in their infancy, and we went through every work package.

This month, VMX-1 began multi-CH-53K training flights which will allow the command to ramp up flight hours for its preparation for the entry into service of the CH-53K.

Marines now have three production aircraft at New River and are working the final leg of testing prior to entry into service in 2023.

A fourth aircraft will join VMX-1 to enable a four-ship VMX-1 squadron to work the test regime.

The photos of this activity is credited to VMX-1 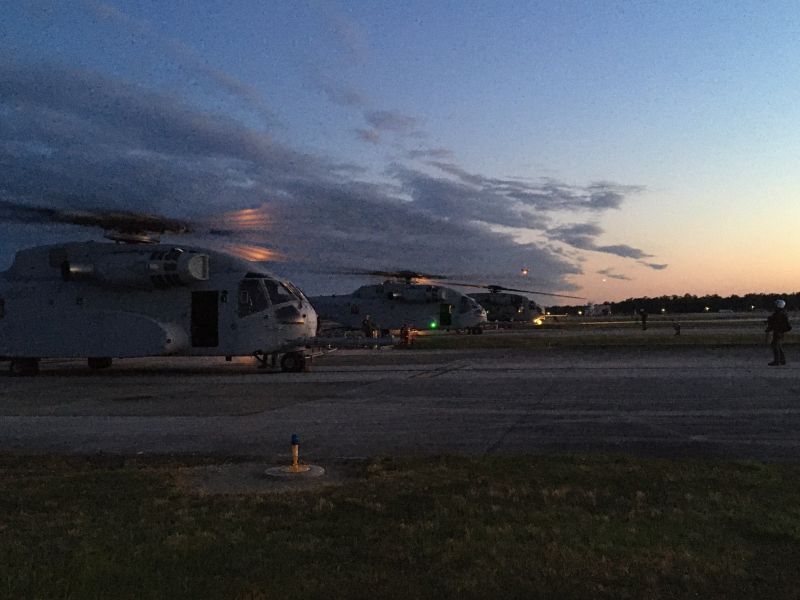