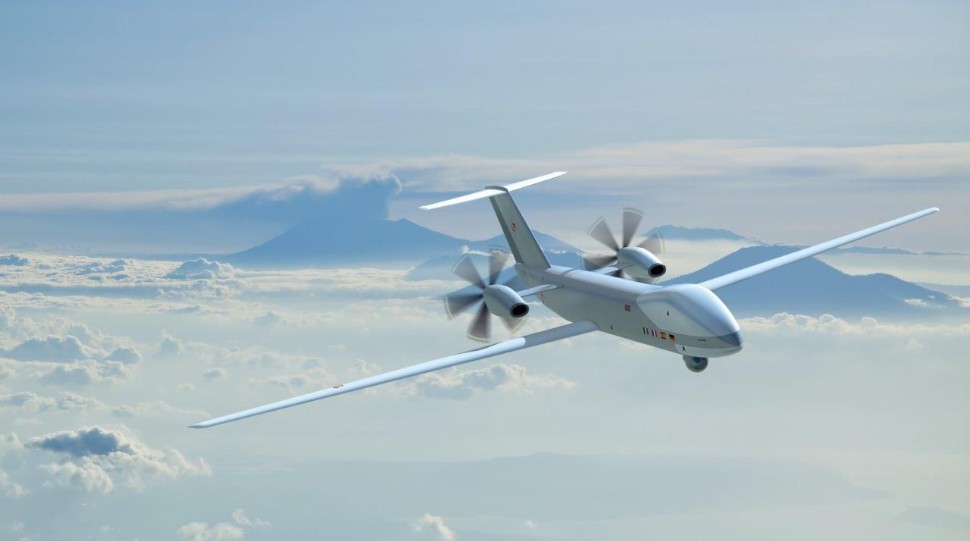 Paris – Spain formally approved Jan. 25 a total budget of €3.17 billion ($3.5 billion) for its share of development, production and service of a European medium-altitude, long-endurance drone, clearing the way for a contract to be signed with industrial partners Airbus, Dassault Aviation and Leonardo.

That financial pledge from Madrid allows a long-awaited launch of a program for an unmanned aerial vehicle, backed by partner nations France, Germany, Italy, and Spain.

The industry ministry has set aside an initial €1.43 billion for 2022-28 for its part of the unmanned aerial vehicle program, the Spanish government said on its website. That pledge included €293 million in 2022.

That funding covers Spain’s order for four UAVs, with options for two units, and five years of service, the government said.

German-based Airbus DS will be the prime contractor, with Dassault and Leonardo as industrial partners. The Spanish Airbus unit will also work on the program.

That announcement from Madrid was the last funding commitment from the four-nation group, allowing the European OCCAR arms procurement agency to present a contract to industry. The agency acts on behalf of the partner nations.

That launch contract might come in the next few weeks, a defense official said.

France earmarked in its 2022 budget €2 billion for an order for six European UAV systems, comprising 18 drones, with an initial order of four systems, followed by two more systems, as set out in the budget document Programme 146, Equipment for the Forces.

An initial French order had been planned in 2021, with the following order after 2022, but delay on the Spanish budget authorization held up the launch contract.

Difficulties over agreeing a budget and finding government funding slowed a launch of the MALE UAV project, which the French defense minister, Florence Parly, has hailed as a sign of European autonomy and sovereignty – but not at any price.

Industry, led by Airbus DS, initially pitched the UAV project for some €10 billion, prompting France to insist the budget should be capped at €7.1 billion, media reports said.

Delay in securing the funding pushed back delivery of the drone to 2028, three years late, as set out in the French budget document.

The four partner nations backed the European UAV project in a bid to resist a reliance on U.S. and Israeli UAVs, which dominate the world market. But that European support was long half-hearted, with previous drone projects landing in the waste paper basket.

The French air force flew the US-built Reaper drone in the sub-Saharan Sahel region, but US approval was needed if France wanted to fly the drone elsewhere, a French analyst said. Such reliance partly explained the call for greater autonomy and sovereignty.

The importance of Reapers flown by the French air force could be seen in the June 19 2021 video report from the spokesman of the French armed forces ministry at Cognac air base, southwest France. Hervé Grandjean pointed up the French Reapers have been capable of dropping bombs since 2019 and were due to be armed with missiles.

Spain is seen as a key ally for France.

“Spain is a major political, operational and industrial partner for France, one we must rely upon in order to advance European defence,” said the report, titled European Defence: The Challenge of Strategic Autonomy.