The USMC has mobile basing in its DNA.

With the strategic shift from the Middle Eastern land wars to full spectrum crisis management, an ability to distribute a force but to do so with capabilities which allow it to be integratable is crucial.

For the Marines, this means an ability to operate an integratable force from seabases, forward operating bases (FOBs) or forward arming and refueling points (FARPs).

As the Marines look forward to the decade ahead, they are likely to enhance their capabilities to provide for mobile bases which can empower the joint and coalition force by functioning as a chess piece on the kill web enabled chessboard.

But what is required to do mobile basing?

What are the baseline requirements to be successful?

A very good place to start to shape answers to these questions if the USMC’s center of excellence on warfighting training, MAWTS-1 located at MCAS Yuma. In a recent discussion with Lt. Colonel Barron, ADT&E Department Head at MAWTS-1.

The official USMC presentation about MAWTS-1 provides us with a good sense of what Lt. Colonel Barrons’s Department is tasked with doing.

“Since its commissioning in 1978, MAWTS-1 has conducted two WTI Courses per year, now producing over 300 WTI graduates each year. A separate Aviation Development, Tactics and Evaluation Department (ADT&E) was established in June 1983 to coordinate the MAWTS effort of developing and evaluating tactics and hardware in all functional areas of Marine Corps aviation.”

This means that the ADT&E is focused on the core task of fighting today with the current force but also looking forward to how to enhance that force’s capabilities in the near to mid-term as well.

We had a wide-ranging discussion with regard to the flexible basing dynamic, and I will highlight a number of takeaways from that discussion.

Rather than quoting the Lt. Col. Directly, I am drawing on our discussion and highlighting what from my perspective are key elements for shaping a way ahead with what I call mobile basing,

In a 2018 article which I wrote after a Williams Foundation seminar, I highlighted what the mobile basing challenge meant for U.S. and allied forces:

“When I was in Finland in February, I talked with his predecessor, Lt. General Kim Jäämeri, who is now Deputy Chief of Staff, Strategy for the Finnish Defence Forces and he highlighted the distributed operations aspect of the Finnish approach.

“It is becoming clear to our partners that you cannot run air operations in a legacy manner under the threat of missile barrages of long range weapons.

The 11th USAF Commander mentioned working with the RAAF with regard to agile basing and during a visit to Amberley Airbase just before the Williams Foundation seminar in March 2018, we met with the Commander of the RAAF’s Combat Support Group, Air Commodore Ken Robinson at his office at RAAF Amberley.

We discussed mobile basing as an emerging requirement for the Australian forces as well.

“We are having to reacquaint ourselves with some tasks and challenges which we parked to the side a bit while we were in the Middle East for so long. We did not have to worry so much about mobile basing to counter the principal threats in that theatre.

He underscored that this clearly is an Army and Air Force challenge.

The mobile basing issue or building greater depth in Australian territorial defense is one of the core choices facing Australia as it continues its force modernization. Either they can emphasize going deeper into the air-maritime domain in the Pacific or augment significantly their mobile defense capabilities leveraging the vast Australian territory. The role of active defenses working with airpower mobility would be a priority in this second case.

Mobile basing is obviously as well an air-maritime-army effort to shape a chessboard of capabilities which can deal with the threats of peer competitors which deploy into the extended battlespace.

The discussions alluded to in the Nordics and in Australia highlight the point that mobile basing is not just a Pacific specific capability facing the force; it is becoming a requirement when dealing with either China or Russia.

The first one is the crucial need for decision makers to determine why a mobile base is being generated and what the tactical or strategic purpose of doing is.

It takes time and effort to create a mobile base, and the mobile base commander will need to operate with mission command with regard to his base to determine how best to operate and for what purpose.

The second one is the importance of determining the projected duration of the particular base.

This will have a significant impact in shaping the question of logistics support. What is needed? How to get it there? And from what supply depot, afloat or ashore in adjacent areas?

The third one is clearly the question of inserting the force into the mobile base and ensuring its optimal capabilities for survivability.

A fourth one is to determine what the base needs to do to contribute to the wider joint or coalition force.

With the evolution of technology, it is possible now to have processing power, and strike capabilities distributed and operated by a smaller logistics footprint force, but how best to configure that base to provide the desired combat effect for the joint or coalition force?

A fifth one is clearly a crucial one for operating in a contested environment. Here the need is for signature control, or an ability to have as small a signature footprint as possible commensurate with achieving the desired combat effect.

Signature management could be seen as a component of survivability.  However, the management of signatures down to the small unit level requires a disruptive shift in our mindset.

The sixth one is clearly having an exit strategy in mind.

In effect, the discussion highlighted what one might refer to as the three Ss.

An insertion force operating from a variety of mobile bases needs to be able to be sustainable, survivable, and signature manageable.

With regard to current USMC capabilities, the MV-22, the C-130, the Viper, the Venom, the CH-53E and the F-35 are key platforms which allow the Marines to integrate and move a lethal combat force to a mobile base.

But the C2/ISR enablement is a key part of the requirement and the digital interoperability efforts are a key part of shaping a more effective way ahead.

And in the relatively near term, the Ch-53K replacing the E is a key enabler for an enhanced mobile basing strategy.

It is clear as well as the U.S. services work their way ahead in the evolving strategic environment, that the USMC core skill set with mobile basing will figure more prominently, and become a key part of the Marines working with the joint and coalition force in shaping a more effective way ahead for the integrated distributed force.

For our special report on the CH-53K, see the following: 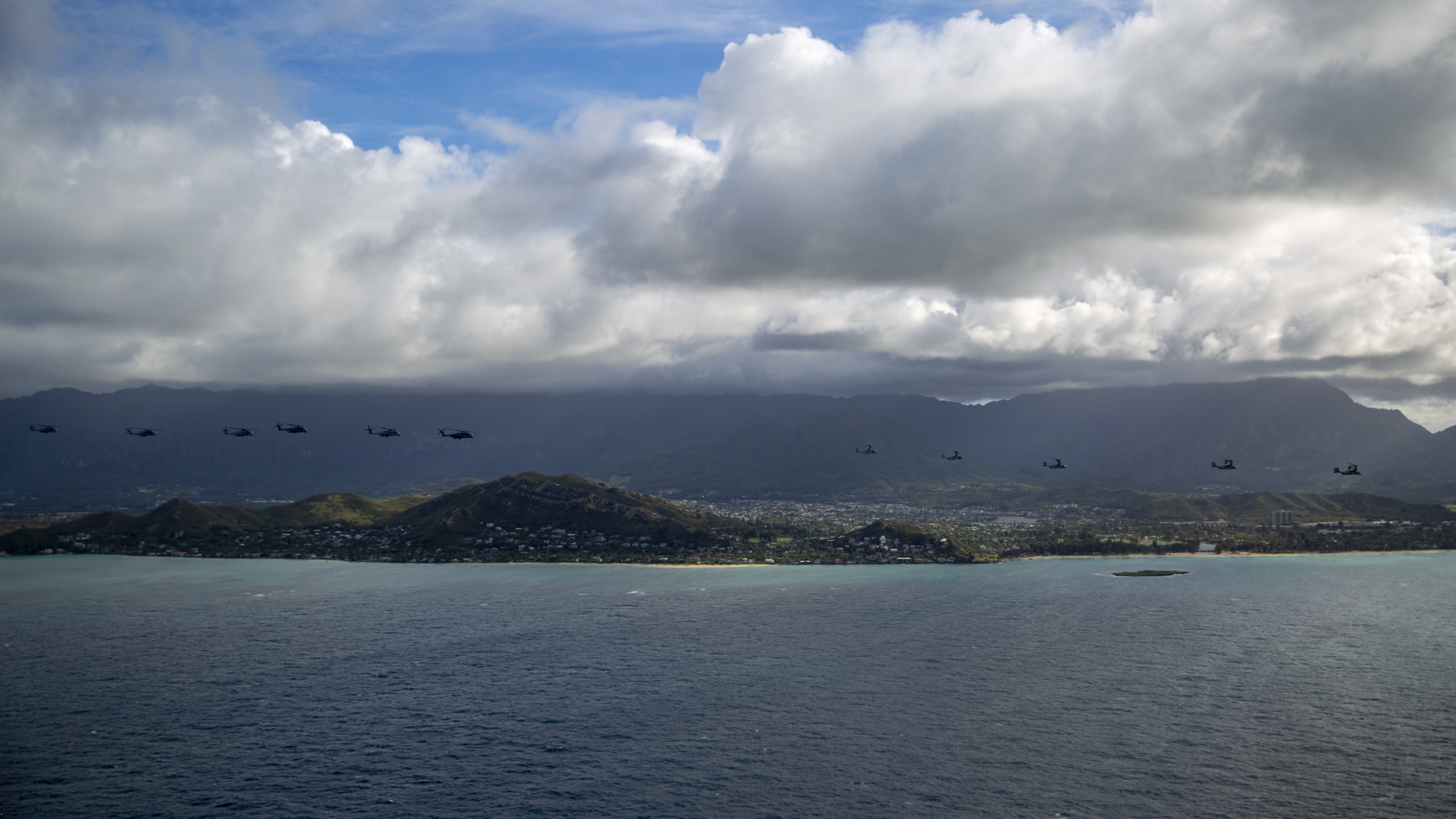