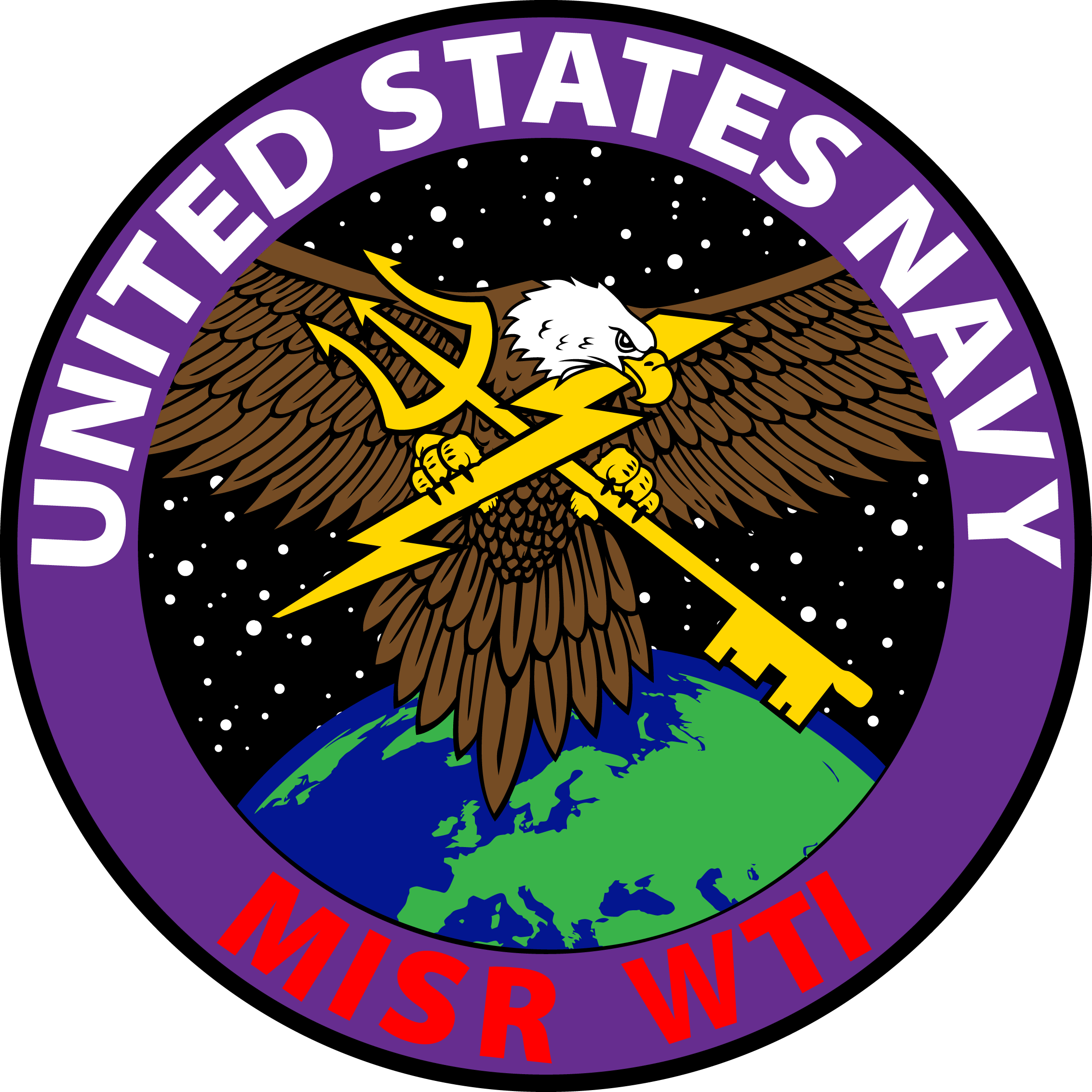 Earlier this year, in a visit with Vice Admiral Miller, the US Navy’s Air Boss, I was introduced to the coming of MISR, or the Maritime ISR Officer.

MISR officers are trained as ISR subject matter experts to operate at the fleet or CSG level and to work the sensor fusion for the integratable CVW.

According to the Air Boss: “I think of MISR as additive, not lessening of TOPGUN, but instead akin to a new phase which builds upon our historical experience in the development of TOPGUN in the first place.”

I followed this introduction to MISR up over the past two months with discussions with officers from the Naval Aviation Warfighting Center or NAWDC with regard to how the focus on training for the integrateable air wing was shaping the way ahead. Two new warfighting training courses reflect the change.

The first is the information warfare training course which is focused on dynamic targeting.

And the second is MISR which is focused on providing the connective tissue between the operational platforms working as a integrated force to deliver the dynamic targeting effect.

The MISR effort is clearly a work in progress, but is laying the foundation for what is clearly ongoing innovations with regard to connectivity among platforms and how C2 is delivered at the tactical edge and aggregated into strategic decision making as well.

MISR is both a capability here now, but a dynamic driver for how to change the force as new ISR capabilities are added to the force, such as Triton and the upcoming revolutions in maritime remotes.

If one does not learn how to change the culture of how ISR is used and C2 redesigned then adding new ISR rich platforms or new ISR capabilities will not have the desired combat effect.

From this perspective MISR is an innovation, a new foundational element, and a plank holder in the strategic shift for force structure integratability, notably to deliver the desired political and combat effects necessary to prevail in the new strategic environment of engaging in full spectrum crisis management and escalation control and dominance.

The career of this officer spans the period prior to MISR, the creation of MISR and the maturation of the MISR and Minotaur initiatives.

The officers involved in the MISR Weapons School are the seed corn for the strategic change which MISR is introducing.

And during my visit to Jax Navy during the week of June 14th, I had a chance to talk with the first MISR officer deployed to the fleet, LCDR Tracy Maddox.

Her call sign is “Mad Dog” and is as she described herself a “VQ” person by trade and an EP-3 operator.

She became a MISR officer through her engagement at NAWDC and worked with “Two Times” there as well.  She was involved in the standing up of the MISR cell at NAWDC which has now become a full warfighting course. She now is with VPU-2, a heralded squadron in the US Navy involved in “special projects.”

An October 2, 2018 article by Richard Burgess of Seapower Magazine highlighted the squadron as follows:

The Navy has established a new unit to sustain a special mission capability in its maritime patrol community with the coming retirement of the P-3 Orion aircraft.

A Sept. 10 internal directive from the Office of the Chief of Naval Operations directed the establishment on that date of Fleet Support Unit One at Naval Air Station Jacksonville, Florida, one of two sites that serve as home bases for the Navy’s P-8A Poseidon maritime patrols aircraft.

According to the directive, Fleet Support Unit One “will configure and operate P-8 aircraft to provide a follow-on special mission capability in place of [special] projects patrol squadron (VPU) P-3 aircraft due to sundown in 2019.”

The mission of the unit will be to provide “oversight, training, operations, maintenance, and configuration management for the P-8 quick reaction capability aircraft,” according to the directive.

Fleet Support Unit One will have an officer in charge rather than a commanding officer, who will report to commander, Patrol Reconnaissance Wing 11, at Jacksonville.

LCDR Maddox noted that the EP-3 community works closely with the USAF, so this has carried over for the MISR community and in terms of NAWDC working with Nellis as well.

But she clearly highlighted the challenges to getting the USAF and the USN to work fully together in shaping enhanced integratabilty but clearly the MISR standup was an important step in moving in that direction.

During that deployment, the Admiral explored ways that a MISR approach could enhance the lethality of the fleet.

The experience shaped a demand side as well where as Vice Admiral Miller put it, there is desire to have MISR officers in every carrier strike group and at the fleet level as well.

And technology needs to be shaped to allow for this kind of innovation.

A case in point is Minotaur.

As Rear Admiral Garvin put it: “The Minotaur Track Management and Mission Management system was developed in conjunction with the Johns Hopkins University Applied Physics Laboratory.

“Minotaur was designed to integrate sensors and data into a comprehensive picture which allows multiple aircraft and vessels to share networked information.

“These capabilities ride on a Minotaur web where, if you are on the right network, you can access data from whatever terminal you happen to be on.”

LCDR Maddox underscored from her point of view that bringing the various wave forms into a single screen via Minotaur allows those data streams to come together and to shape a common operating picture.

She underscored that with different assets using different operating pictures the full value of the ISR streams was not being realized.

“With the Minotaur web everyone has access to the same COP regardless of whether you are airborne or onboard a ship.”

In my view, the MISR incorporation in the fleet, plus the coming of Triton are opening the aperture in understanding of how to widen the scope of what a fleet can achieve within the extended battlespace.

And this is clearly a cultural shift as well.

With regard to the carrier strike groups, the core focus has been upon the fast jets and kill chains.

But with the ISR/C2 revolution and the ability to do third party targeting, the kill web is becoming a reality.

But this means that the Admirals who have come through the fast jet community are facing the challenge of changing their approach as well to incorporate MISR and dynamic targeting, ultimately in a joint capability environment.

In my view, the standing up of MISR is significant in and of itself, but lays a foundation for the way ahead.

And quite an honor to meet the first MISR officer assigned to a carrier strike group.

This is also a significant generational change as the digital natives become more prevalent within the fleet, and who experienced rapid apps upgrades and want to see the same being delivered in terms of knowledge to the fleet operating in a dynamic combat environment.