During my most recent visit to Camp Lejeune, I had a chance to talk with the CG of the II MEF Information Group and his team.

The meeting was suggested by the CG of II MEF, Lt. General Beaudreault, who underscored: “I think it would be hugely valuable to just rifle a bunch of questions, because there’s a lot going on in the information space that we’re also coordinating and collaborating with Second Fleet, Sixth Fleet but primarily Sixth Fleet.

“Whether it’s BALTOPS, Sea Breeze, and the other exercises that are going on, or real-world operations, we are in the competitive information space every day against our competitors.

‘Col. Brian Russell is front and center on leading that effort. In many ways, I think he’s the best I’ve ever met in working in that space. And he’s very well connected and he’s not shy about reaching out to organizations like the 16th Air Force and other joint partners, on how all of us are working collaboratively in the information domain.”

Needless to say, I did follow up, and the CG’s assessment of his information group certainly was on the mark.

We started the discussion with Col. Russell highlighting that the MIGs or Marine Information Groups we first stood up in 2018.

All the MEFs have a MIG, and they have indeed shaped an association of the practioners of the art who will next meet in September 2021. He noted that “the MIG was borne out of the MEF Headquarters Group here. We had some of the components already, but they were reorganized under a different construct with some different capabilities, like the communication, strategy and operations company. Psychological operations capabilities, defensive cyber capabilities, were packaged in this MEF Information Group.

“I think the key for the MEF Information Group is taking all those capabilities and making them work together rather than having operational silos such as just coms and just intel; we need to work information operations as a whole.”

Col. Russell then underscored: “Marines are the original hackers, in my sense. You give them a piece of technology and a piece of equipment, and you give them a different mission, they will absolutely reconfigure that kit or gear to meet that mission.

“We’ve done that throughout our entire history.

“We need to realize that in the information space everybody fights.

“Whether you recognize it or not, whether you like it or not, you are in the information environment. All of our marines on their computer systems every day are in that environment, you need to be careful about it, but we can maximize some opportunities as well.”

He argued that for a MIG to be successful they need to pursue a campaign approach.

It is about working in a joint warfighting context and being embedded with the joint force as well. In the case of II MEF, there is a concerted effort to work with 6th Fleet, for example, and to shape Naval-Marine Corps integration in the information space.

The allied piece is certainly of increasing importance as working a distributed force able to operate over an extended battlespace requires effective communication in the information space.

For example, in the recent BALTOPS 50 exercise, “we had a team with the 30-commando information exploitation group supporting 45-commando, also operating with second MEB.”

These two groups are part of the UK Royal Marines.

According to Col. Russell: “We scope our efforts to the need at hand, what is the commander interested in his particular area of operation?

“We could support US EUCOM in the high north, working with our Norwegian partners, or we support MEF forces in the exercise Sea breeze right now with division forces on the ground in the Ukraine.

‘There is a complicated information environment in Sea Breeze, so what do we need to do to provide that commander on the ground with an awareness of what is going on around him, not only from the threat perspective, but the opportunities in the information space.

“What does the commander of 1/6 want to think about the COMMSTRAT photo of his marine and the Ukrainian navel entry brigade soldier working together, that really helps with the narrative that we’re trying to attain there, that’s the level of thinking the commanders need to take nowadays.

“We help provide that to elements of the MEF, and it gets back to a basic ground truth in the information domain: humans are in fact more important than hardware.

“We get very technical focused sometimes in this information warfare fight.

“There’s a human adversary behind that trying to influence whatever we’re doing, we need to understand what that is.

“But this true from the standpoint of the individual marine in terms of his training and education: how do we make that marine resilient to the message he’s going to get from a Russian on his cellphone while he’s overseas during an exercise?

“I think that’s the aspect we have to take as commanders, prepare for the environment, understand the adversary approach to it, and then make our marines resilient to adversary information in the operational environment as well.”

Clearly, operating effectively in the information environment is a key part of crisis management and escalation control.

By gaining significant battlespace awareness, one is better positioned to be proactive and to act with the most relevant means without generating undue escalatory pressures.

For example, prior to Sea Breeze 21, the USCG sent a white hull into the Black Sea, which provided a “gray zone” capability, and assessing Russian as well as U.S. allied reactions to that deployment provided useful input to understanding the evolving information operational environment.


Or the article can be read in e-book format: 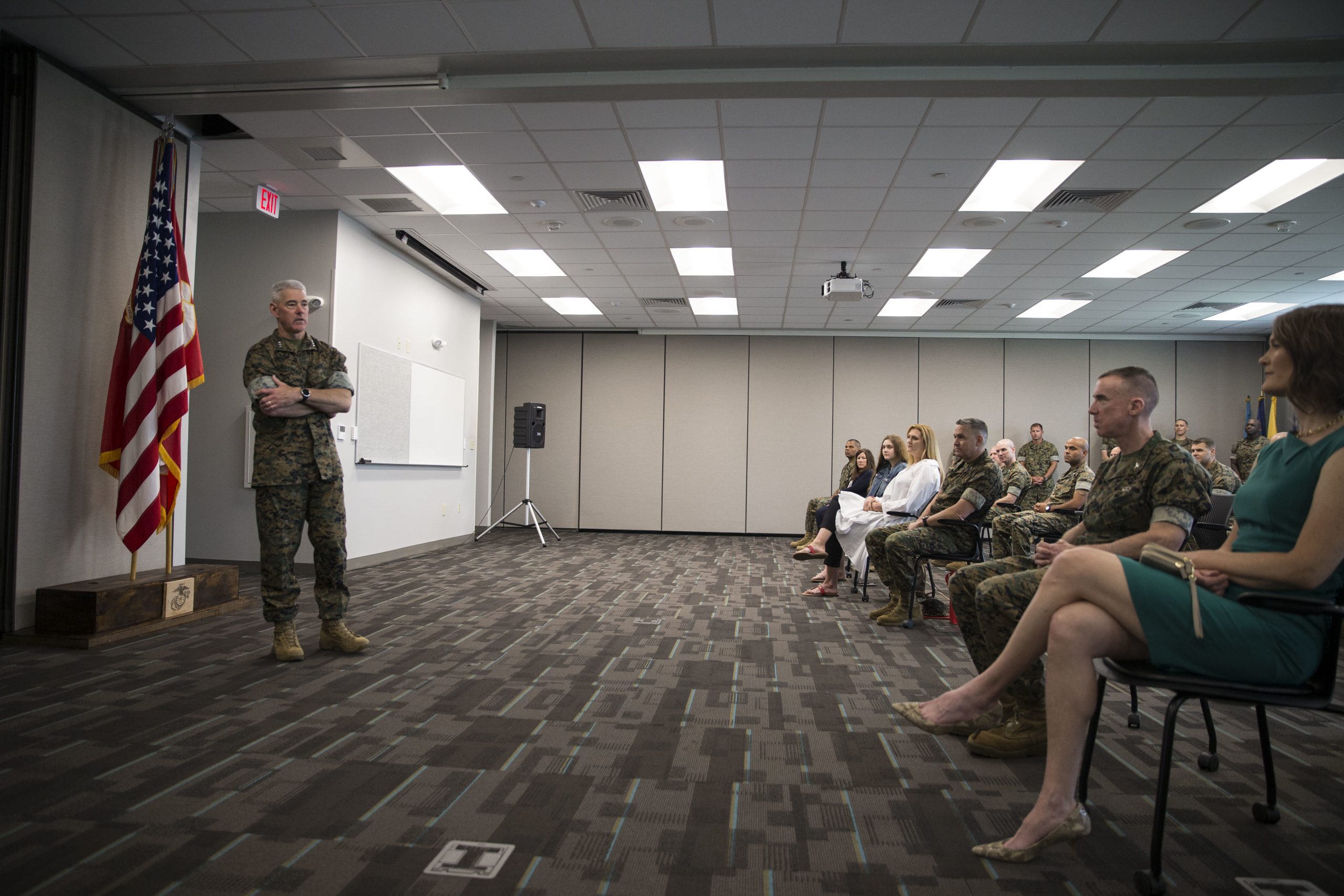