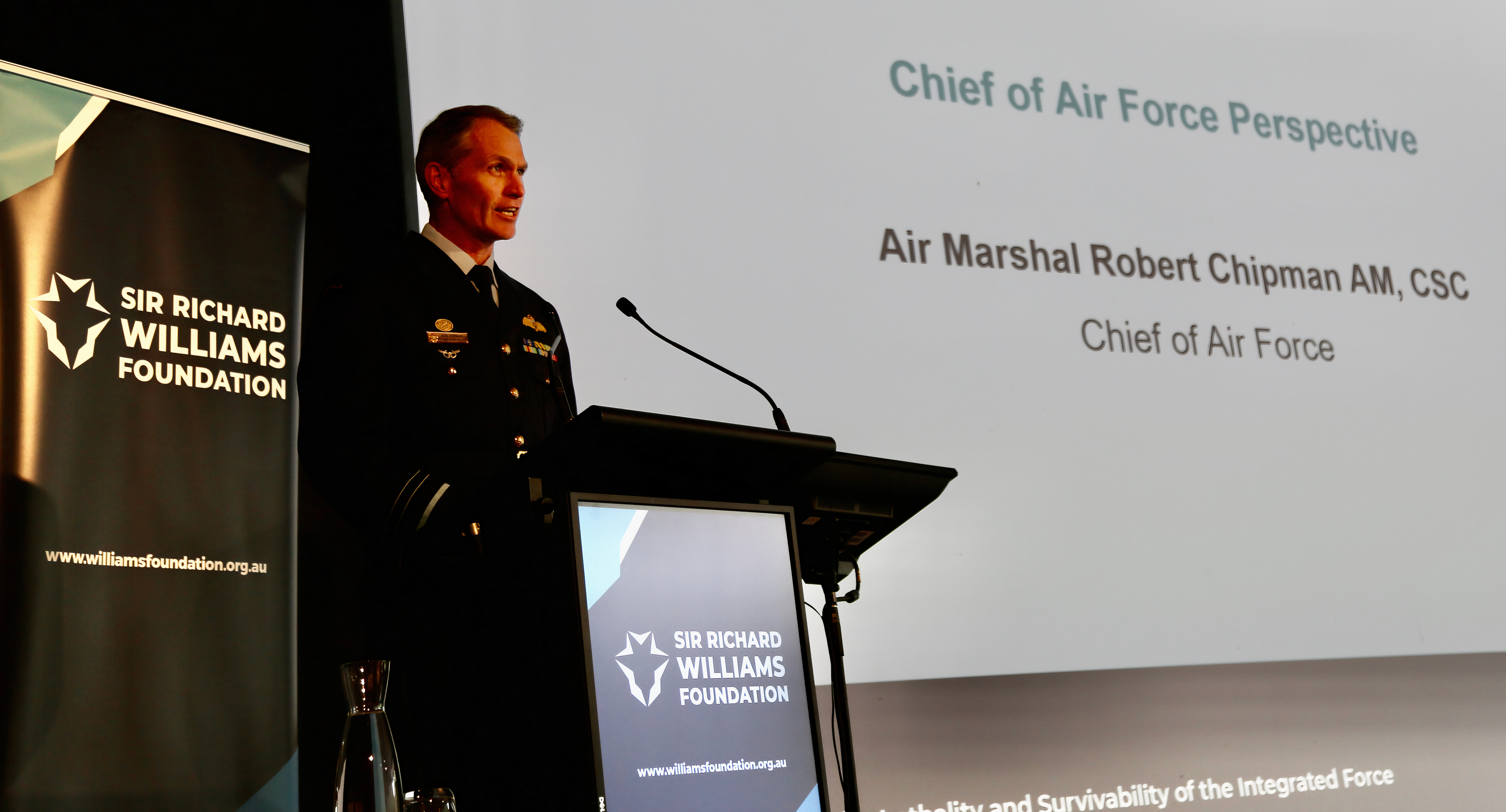 Air Marshal Robert Chipman has participated in Williams Seminars for many years. Initially, he appeared as part of the Plan Jericho leadership team, and the kind of innovation which that team focused upon for the RAAF has been a key element of his focus during his career.

As part of his career, he served as Australia’s Military Representative to NATO and the European Union, As I am also based in Paris, France, I was hoping to meet him in this capacity in Europe. But the COVID crisis took that option off of the table, and reduced our interactions to phone calls while I was in Europe from time to time.

During my visit to his office in Canberra after the latest Williams Foundation seminar, we started by focusing on how he saw his experience in Europe as folding into his new role as Chief of the RAAF.

According to Air Marshal Chipman: “It was my first experience of a multilateral institution. It’s the first time I’d ever see nations trying to work together as an alliance to find out where their middle ground is and where they can work together.

“NATO relies on the consensus of allies to guide collective security efforts, but that also means the space for NATO to operate is small when nations disagree. NATO has proven effective in managing disagreements among allies. However, the strength of the Alliance comes when there is a clear security challenge, such as we have seen with the war in Ukraine.

“But it is clear that it is impossible to do everything you need to do for your defence and security through a single alliance. You have to have multiple working relationships to determine which path will allow you to achieve your objectives in a particular case.

“Within NATO there are several alliances, in effect.

“For example, there is a line of cooperation among the Nordic states and the southern European states. In other words, the alliance is in effect a complex spider web of international engagements.

“I was there as the Alliance was coming out of Afghanistan and focusing more on great power deterrence. There was a refocus on peer competitor warfighting concepts. And this shift clearly has been important to shaping my thinking now as Chief of Air Force and certainly to my input to the Defence Strategic Review.”

We then focused on the shift towards more emphasis on the direct defence of Australia and what that meant for the RAAF and the joint force.

And clearly given the financial challenges facing Australia and its allies in the wake of the pandemic and the Ukraine war shock, such thinking needs to find ways to leverage the force Australia has and to rework in a more effective template for direct defence.

This is how Air Marshal Chipman put it: “You are certainly right about the challenges of rapidly building more defence capability. We need to focus on ways to enhance dispersion, agility, movement, and manoeuvre as a force.

And in building out the ADF as a joint force, the challenge is to enhance the readiness and capabilities of the current joint force to deliver enhanced capabilities for the direct defence of Australia but at the same time position the ADF for force modernization and capability enhancements.

Managing this trade off is a key challenge facing the RRAF and its sister services making up the joint force.

Air Marshal Chipman underscored: “We will fight with what we’ve got today. And for the next 20 years, possibly up to 80% of our future order of battle will have already been fielded today.

But the challenge can be put this way.

He noted: “It’s how we use air power to achieve that agility, how we use it to make sure that we are survivable and that we can get mass to the right point when we need it to influence the battle space. It’s that approach that we are changing with our focus on force agility.

“We are focused on agile combat employment and thinking about dispersal, moving quickly, moving lightly, even with F-35, taking small numbers of maintainers and less support equipment than we would typically require at a major base.

“With regard to the space domain, we are focused on the evolving interfaces between air and space. With effective integration, we can have joint fire systems so that I can achieve effects throughout the joint force from common systems.

“I believe that the integrated air missile defence project is a genuine step along our pathway to fielding a kill web.”

Air Marshal Robert Chipman joined the Royal Australian Air Force in 1989 as an Officer Cadet at the Australian Defence Force Academy, graduating from Sydney University with an Honours degree in Aeronautical Engineering in 1992.

He completed Pilot’s Course in 1994, F/A-18 Operational Conversion in 1995 and Fighter Combat Instructor Course in 1999. Following various operational and instructor assignments, he commanded No 75 Squadron from 2006-2009 and No 81 Wing from 2013-2014. In 2008, No 75 Squadron was awarded the Duke of Gloucester Cup for the most proficient flying squadron and the Kittyhawk Trophy in 2009 for the most proficient fighter squadron.

Air Marshal Chipman has staff experience in capability development roles within Capability Development Group and Air Force Headquarters. He has completed a tour as Director of the Australian Air and Space Operations Centre within Headquarters Joint Operations Command. He was an inaugural Director of Plan Jericho in 2015, an Air Force transformation program intended to deliver joint, integrated air and space capability for the Australian Defence Force.

On promotion to Air Vice-Marshal in 2019 Air Marshal Chipman served as Australia’s Military Representative to NATO and the European Union. He was the Head of Military Strategic Commitments, responsible for the strategic level management and situational awareness of current and potential Australian Defence Force commitments from January 2021, until his selection as Chief of Air Force and promotion to Air Marshal in July 2022.

Air Marshal Chipman deployed on Operation SLIPPER in 2012 as a Battlecab Director in the United States Air Force 609th Air and Space Operations Centre. He deployed on Operation OKRA in 2014 as inaugural Commander Air Task Unit 630.1, for which he was awarded a Conspicuous Service Cross in 2015. He was appointed a Member of the Order of Australia in 2019 for his exceptional service to the Australian Defence Force in coalition air operations, air combat capability preparedness, and strategic capability development and sustainment.

Air Marshal Chipman has completed a Masters in Business Administration and graduated as a fellow of the Defence and Strategic Studies Course in 2016. He is a Graduate of the Australian Institute of Company Directors and Oxford Advanced Management and Leadership Programme. He is also an alumni of the Cranlana Institute and has completed the United Nations Senior Mission Leaders Course.

Shaping a Way Ahead for the RAAF: The Perspective of Air Marshal Robert Chipman